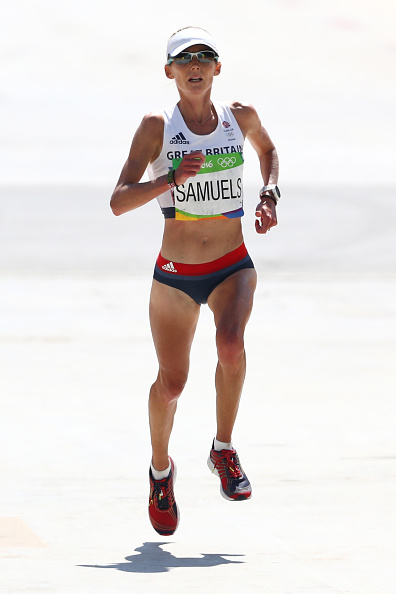 On the 14th August I fulfilled a lifelong dream of becoming an Olympian. I can say that I’m an Olympian because I both started and finished the marathon in Rio. At least that was my criteria for officially becoming an ‘Olympian’ anyway. However, it was more than just the race, the build-up to the Games, the Village Life and not forgetting my journey home on ‘VictoRIOus’ were whole new experiences for me and added to my Olympic memories.

With Christ the Redeemer watching over us and the beach life in full swing down at Copacabana it was difficult not to appreciate Rio as a spectacular stage for the world’s best sporting performances. How many chances in a lifetime do you get to run a marathon with the back drop of Sugarloaf Mountain and the Redeemer? I’ve watched every Olympics on TV since the Barcelona Games in 1992 and being part of it is so much more than the competition part we see on TV.

Village life for one is something very different to what I’ve experienced before. I felt like I was transported from my comfort bubble to another planet of high rise apartment buildings, each country proudly decorating their block in their national flag. Think of your school canteen but on a massive scale and mealtimes were something else. I didn’t realise it was possible for so many people to be eating in one place. Chicken or fish became the big decision of the day. Going out for a run around the village was an obstacle course of avoiding bikes, buses and people but a great opportunity for famous athlete spotting. This place was just bizarre to be part of but I loved it.

My race performance is only a very small part in an epic Olympic experience. I’m not over the moon with my performance but I’m a perfectionist and competitor by nature so I’m a hard woman to please.  I think what I am trying to say is that I enjoyed the journey just as much as I revelled in being on the Olympic stage.

So what comes next I’ve been asking myself? Right now I’m soaking up a year that has so far been the pinnacle of my career, appreciating the support of my team, family and friends around me. One thing I do know is that I’m not done just yet, I feel I still have unfinished business and things I want to achieve. There are definitely goals beyond Rio.