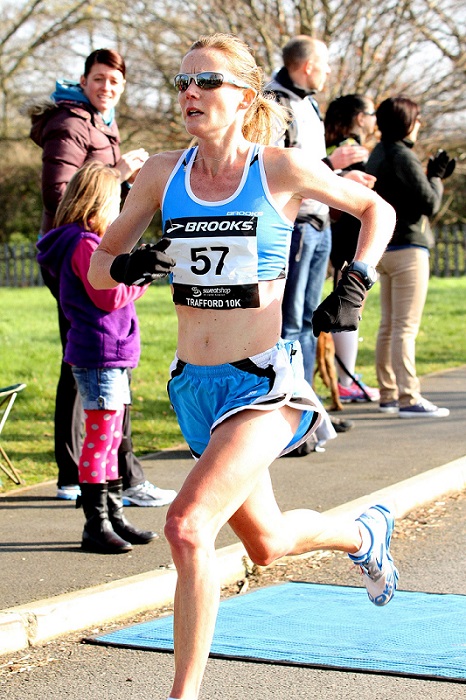 After a solid stint of training on the dirt roads of Kenya it was back to the roads of Reading for some racing action. It has been a while since I last raced due to illness which laid me low for the whole of November and December. Now fully healthy I was looking forward to being competitive again.

The race in Reading doubled as the Trial for the World Half Marathon Champs so the race pretty much attracted the best of British endurance runners. It turned out to be a pretty windy and cold day so running fast was going to be tough in those conditions. As half marathon courses go I was surprised by some of the hills in there, I’m not afraid of hills, I just expected a flatter and faster course. It was a solid race for me in Reading with a 5th place finish with the top 5 all finishing within a minute of one another. I didn’t feel amazing throughout the race so I was pleased to stick in and grind it out. The best part was trying out my new Brooks Racer ST which I’ve been looking forward to wearing.

Although I was pleased with a solid performance in Reading I was race rusty and knew there was more in the legs to come so I decided to test myself at the Trafford 10k the following Sunday. In comparison to seven days earlier the conditions were great and it is a very good course. This year the race was sponsored by Brooks and attracted around 1000 entries looking to run fast. After a tentative start to avoid the starting crush I was soon into my running and feeling awesome. By half way I had caught most of the leading females bar one – Helen Clitheroe. I was closing each kilometre but couldn’t quite make it but I was over the moon to run sub 33 minutes for the first time on the roads. I think I finally found my legs after returning from altitude which can sometimes take up to 14 days for your blood to adjust.

I love days like this when things seem to click and go well but it doesn’t always feel like that. When it does though, you can take that confidence into training and look to make that next step. I think I’ll be wearing my Brooks T7 racers more often 🙂