Putin the effort in 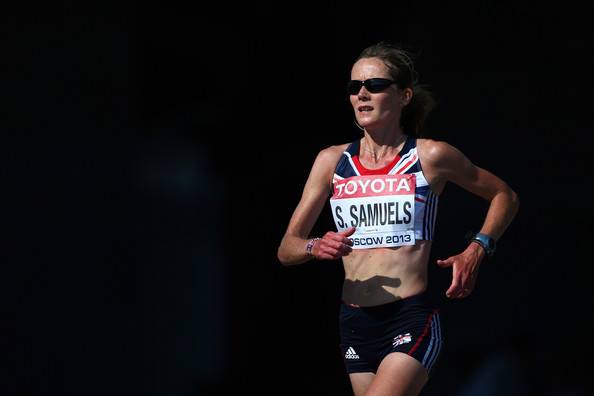 The training in Font Romeu had gone well I was in one piece and really excited about competing in the World Champs in Moscow. It was time to meet the rest of the team in Sant Cugat near Barcelona which was the base for our official holding camp.

I arrived on the first day with a lot of the sprinters and breakfast seemed to be a showdown between the meat-eaters and the birdseed eating marathon nutter, I mean runner! I have to admit I felt a little out of my comfort zone as the reality of the Championships and the task ahead was finally dawning on me. Unlike my own little world in Font Romeu, there was a nervous tension or was it excitement in the air?

As my marathon build-up was coming together nicely it was all about the recovery and less about the miles. I found some pretty nice coffee shops to pass away the afternoon. In the mornings I would head out for a run on the trails enjoying the sunshine.

However, my time in San Cugat was soon over and it was time to pack my bags yet again. I like to keep an open mind when travelling, as experiencing another culture is a good thing right? Yet I couldn’t help feeling a little apprehensive about visiting Moscow. Being a languages teacher I can get by in most European countries but Russian really did test my linguistic skills. Of course it didn’t help that most people I met were not the friendliest however, I wouldn’t want to stereo-type everyone who lives in Moscow!

As the first day of the champs and of course race day approached the temperature appeared to be creeping into the 30s. It might not have been such an issue had the race not been scheduled for a 2pm start. Requests from athletes and medical staff were turned down to change the start time. Rumour has it that Japanese TV paid a lot of money to have the race shown at prime time in Japan. Good job I had prepared as much as possible but the thought of starting a marathon in 30 degree heat still wasn’t that appealing!

Race day arrived and it felt a little strange without the early start. The day grew hotter as I waited for the race to arrive. I decided not to warm up at all before the start except to do a stride on the track beforehand. The first 5k would be my warm up as I predicted a slow early pace given the conditions. Staying hydrated, keeping my core body temperature cool and running my own race would be the key today.

There was no shade and no relief from the sun beating down. I’ve never been so pleased to see a sponge and a bottle of water. It was going to be a long day at the office, survival of the toughest. My shoes slowly become soaked and every step gave a squelching noise but worse still I could feel the blisters forming on my feet until they popped and rubbed some more. My race number was slicing the skin on my stomach with each stride. As the race progressed there were several athletes either zig-zagging across the road or stopped on the roadside. I was told at one of the last drinks stations I was inside the top 20. I just had to keep ticking of the kilometre markers, put one foot in front of the other, the time was irrelevant. The last 300m was inside the stadium and a huge boost to moral. The finish was in sight.

I felt like (and looked like) I had gone into battle today but I came out victorious!