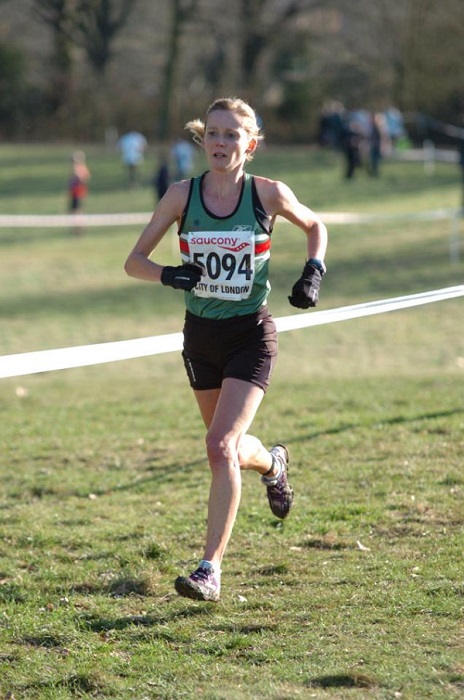 After the inspiration of Iten it was a bit of a shock to return to the sub zero temperatures and cold, dark nights of the UK. My body didn’t react too well without the sun to keep my vitamin D levels topped up and resulted in a few weeks of colds and sore throats, which are still, rather stubbornly hanging around. However, I’ve remained positive and was really looking forward to racing again, particularly in the National Cross, one of my favourite races in the calendar over the years.

I went into the race looking for a solid marker as to how my initial London marathon build up was progressing. The Parliament Hill course was ideal for this given both the huge test of strength it presents and the stage of training I am in with a lot of the specific marathon tempo’s still ahead of me.

The National always creates a great atmosphere to perform well with plenty of die hard athletics fans who make the huge effort to return every year, keeping our sport alive. Before the race I didn’t feel too pressured as it was my first proper race since July last year! Furthermore my mind was still heavily analysing another sore throat that had materialised a few days previous.

As soon as the race got underway the focus was much more on the process and just doing my best, which is all I can ask for whenever I step on the start line. I was encouraged to be in the mix after the initial uphill start and felt comfortable to start getting down to some serious racing. The race settled after the first of the two laps with the medals all to play for. On the run in to the finish it was never going to be easy to out-sprint an Olympic 1500m representative, but I gave it my best shot. After a very fast last 500m we both finished with exactly the same time and we had managed to reduce the gap to the leader to a mere 3 seconds! If only we had an extra 100m!

On reflection I was delighted with my performance as I really felt I’d given my best. To equal my best ever position as a Senior in the race and never been as close to the winner was a great boost to my confidence as the opening race to my Marathon campaign.

Just to close, I realized that yesterday’s race marked the 20th anniversary of when I first started competing in the National Cross country championships. Since then I’ve competed in most of the races and have always finished in the top 8, winning the Juniors in 1999. The Senior title still alludes me but I’m getting closer and I’m committed to keep trying as long as my legs will allow me!