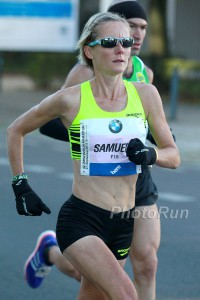 Sonia during the 2015 Berlin marathon

My preparation for London had gone perfectly but sometimes we don’t run the race we expect or want. It was great to become British Champion but I had mixed emotions about my performance. I made a list of what went well and things to work on. Berlin would be my opportunity to put those things right.

Berlin has always been a special place for me, not just because I have ran a PB each time I have competed there but also because I was an exchange student in Germany some 15 years ago. It’s one of my favourite places, somewhere I feel at home.

I made a pact with Nick that no matter what the outcome was in Berlin we were going to enjoy the journey getting there. I had a fun packed summer planned. Four weeks at altitude in Font Romeu followed by almost 3 weeks in Boston. As athletes we often focus too much on the outcome and not enough on the here and now, enjoying being able to put in the work and spending time doing we love doing, running.

“Success is not a destination it’s a journey”

So that is what I did, I made it my aim to run happy every day…well most days anyway. I can’t see how being charged by a bull or falling off the curb to avoid a drunk man and his chain saw were part of the plan or enjoyable at the time but they make good stories now. PS special thanks to Alex “El Torro” O’Gorman GB physio and Bull Whisperer

I think the hardest part of the marathon build up is the taper. Reducing the miles and backing off the pace don’t come naturally after weeks of intense marathon training. My brain starts to work overtime finding phantom pains and telling me I’m too tired to even run down the street. Then there is the question so many people ask “What time are you aiming for?” Yet take a step back and it’s just running and running is what I love to do.

I didn’t set myself a limit in Berlin, just the goal of running as fast as I could on the day. Therefore, I don’t wear a watch when I’m racing I like to run free. In training you learn to dial into your own race pace and let’s face it there are plenty of clocks out on the course.

The race itself went as well as I’d hoped it would. I felt strong and smooth throughout the race. Even when things picked up at halfway I knew I had to stick to my plan and not push on too early. If we are going to nit-pick it would have been amazing to dip under 2.28 but I’m not going to, I’m going to enjoy the fastest 26.2 miles I have ever ran…so far! 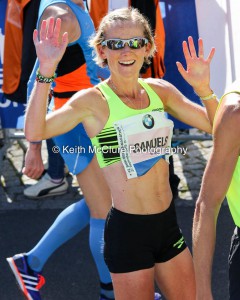